How Much Attention Do Cats Need?

What Smells Do Cats Hate? 10 Scents that Repel Cats

Felines are hunters by nature and so they’re endowed with a powerful sense of smell. In fact, a study conducted back in 2017 and published in the journal of Applied Animal Behaviour Science revealed that cats have a superior sense of smell compared to dogs.

Mammals have three kinds of scent receptor proteins in their noses, according to the study.

One of these receptor proteins is V1R, which is believed to help the mammal distinguish one smell from another. Dogs have nine variants of that protein, while cats have thirty variants. Us, humans, only have two.

With that being said, if humans find certain smells to be deterrent with only two variants of V1R, there must be a deluge of smells that cats just can’t stand. In this article, we reveal some of the smells that drive cats nuts, being the pinnacle of cleanliness that they are. 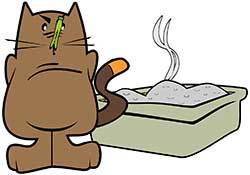 The smell of a dirty litter box is probably the most deterrent smell for our feline buddies. After all, no one wants to go to a stinking bathroom.

There’s no way for a cat to get within the proximity of their own litter box if it hasn’t been cleaned for a while.

Leaving your cat’s litter box dirty can seriously upset your cat and have it stare at you with disdain while it plots its revenge in secrecy. You’ll wake up one day and find that your feline friend has made that new carpet you just bought its new litter box. Don’t piss your cat off.

Cats are hunters that like to claim their territory. While they don’t mind the smell of other cats in their domain, the smell of a new cat can make your old cat very agitated.

Worse yet, some cats may start spraying the entire house, and that’s a smell you don’t want to experience at all.

While the smell of citrus-heavy fruits such as oranges, lemons, and limes is refreshing, cats are repelled by this smell.  Being the sworn enemy of cats, citrus is actually used as a component in cat repellents. Not only does the smell of citrus repel cats, the taste of citrus fruits too.

If there’s a cat that keeps on visiting your backyard every now and then to ruin your flowers, you can simply grab some orange oil and spray it all over the place. Alternatively, peel off an orange or some lemons and scatter the peel around your backyard. That should keep cats away.

Cats adore the taste of fish. However, there’s a huge difference between liking a fish for its taste and liking it for its smell. Just like humans, cats despise the smell of spoiled fish or spoiled meat for that matter. Basically, anything that’s out of date is a huge no-no for a cat.

Do not, under any circumstances, attempt to feed your cat spoiled fish or meat. First of all, it will make your house smell like an aquatic cemetery, and secondly, you cat won’t really eat it. And if a cat eats spoiled fish, it could up getting poisoned or ill, and you don’t want that. 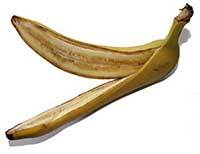 Yes, those tasty bananas that are full of healthy potassium that we all love is a cat deterrent.

Not quite sure why exactly, but we just know that if you leave a banana peel somewhere, your cat is never going to come close to that place until the smell has dissipated.

You can use that to your advantage. Say you have a couch that you just bought and you want it to be free of cat hair. You can grab some banana peel and leave it on the couch for a day or so. Your cat will find some other place to nap and your couch will stay hair-free.

Most animals are naturally wired to avoid the smell of certain plants because they’re toxic. Take Eucalyptus as an example. The essential oils found in Eucalyptus can be toxic to cats and dogs. We highly advise not exposing your feline pets to Eucalyptus at any cost.

Many of us have this misconception that cats hate flowers and plants, which isn’t true. Cats can interact with flowers without any problems. However, cats do have a problem with essential oils because of their strong sense of smell. The previous point is a prime example of that.

It’s not that essential oils can affect the health of a cat, but their overpowering scents can drive a cat nuts and lead to some severe reactions.

Some plants can be toxic to a cat, but luckily, these plants tend to have essential oils in them, which deters a cat from it. Nature takes care of itself. 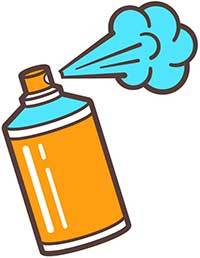 Cats aren’t fans of unnatural smells, and so soaps and cleaning products that include chemical smells aren’t really going to make a cat happy.

You should be mindful of your use of such things around cats, especially near their food bowl and litter box.

Ever got out of the shower and for some reason, your cat just doesn’t want to come near you at all? Well, it’s the smell of your deodorant and cleaning products that are repelling it.

* Try to use cleaning products that incorporate smells that are neutral to cats.

A lot of natural cat litters tend to utilize pine and cedar. However, those components can have very strong scents that may trigger a sensitive cat. This doesn’t apply to all cats, some cats are actually contented by those smells.

The smell of heavily-seasoned foods is a huge cat deterrent. Things such as curry and mustard can also have a negative effect on a cat.

We highly advise keeping your cats away if you plan to cook some heavily-seasoned food.

Hell hath no fury like a mad cat that’s willing to tear up your curtains and break your belongings to get revenge. Do your cat and yourself a favor by keeping it away from the above-mentioned smells.

Also Read: How Much Attention Do Cats Need?

How Much Attention Do Cats Need?