Why Does My Cat Lay on My Chest (6 Possible Reasons)

12 Ways to Stop your Cat from Chewing Electrical Cords

10 Possible Reasons Why Cats Stick Their Tongues Out

Why Do Cats Like to Lay on Paper? 9 Possible Reasons

Why Do Cats Flop Down in Front of You? (8 Reasons)

Cats are notoriously difficult to read. Unlike dogs, felines are a little more closed off when it comes to emotions. They do their own thing and prefer to use more subtle ways of communication to deliver a message.

Whether it's a slow blink or a soft purr, those nonverbal forms of communication can tell you a lot about what cats are thinking.

You just have to learn how to decipher them!

Because cats are so enigmatic sometimes, those occasional unsubtle actions can be jarring. One good example of a cat ditching its mysterious allure is the iconic body flop!

This signature behavior manages to be both adorable and humorous. But what exactly does it mean?

What is the Feline Flop?

Before we get into potential meanings, let talk about the action itself. There's a good chance that you've witnessed it at some point.

It's that somewhat awkward action cats do whenever you try to interact with them. 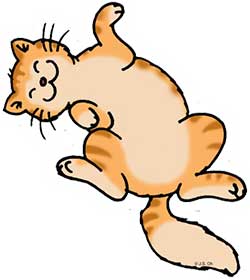 Most owners see it when they go in for a pet or whenever they approach after coming home from work.

Some cats will go right in for a snuggle, but others will throw their bodies onto the floor in a whimsical manner.

You know what we're talking about! It's that strange roll and stretch.

Sometimes, it's as simple as the cat going onto their back and exposing their belly.

In other cases, it's a novel half-roll and tuck into a stretched-out flop.

Either way, there's no mistaking this behavior. It's so out of character to what most people think of when they picture a sophisticated feline. However, you may notice your cat doing it more and more as they get comfortable in your home.

8 Reasons Why Your Cat Flops Down in Front of You

Adorableness aside, let's get to the root of why cats perform this odd behavior. It's important to remember that cats are cunning predators.

Even the most spoiled domesticated cat isn't keen on making themselves vulnerable to potential attack, making this behavior even more out of character.

While there's no way to know what cats are thinking for sure, here are some of the most common reasons why your cat flops down in front of you.

Here's some good news. Whenever you see your cat doing the signature flop, it usually means that they feel safe and comfortable.

This action puts their body in a very vulnerable state. Exposing the belly is a considerable risk in the animal kingdom.

It's the most defenseless part of the body, which is why dogs often lay on their back to flash the belly and show submissiveness to dominant pack leaders.

Cats aren't pack animals, so showing the belly is not something cats do in the wild.

When your feline companion rolls over and exposes the stomach when they interact with you, it means that they feel safe in your presence.

Related: How Many Nipples Do Cats Have?

Now, it doesn't necessarily mean that they want you to rub their belly. That's an exclusively canine action.

The abdomen is often still a no-go zone despite its newfound exposure. It simply means that your cat has nothing to fear with you nearby.

Take it as a sign of trust and comfort. We still recommend respecting your cat's boundaries, but don't be afraid to reciprocate the love!

This funny little flopping action is sometimes just an act of pure happiness. Have you ever experienced a moment when you couldn't help but make the outside reflect the inside?

Cats are the same way! They might have a reputation of being aloof and ambiguous, but felines still like to let loose every once in a while.

Generally, the flop is paired with rolling, stretching, and other jovial actions. You might even hear some happy meows and purrs. In this case, your cat can't help but show joy!

Can you think of any better way to grab someone's attention than flopping down right in front of them? Often, your cat is simply trying to get you to provide some loving!

They might want you to pet them or merely pay attention.

Does your cat do this when you come home after work? There's a good chance that they're feeling deprived of attention and want some pets.

Remember: An exposed belly isn't always an invitation to pet there. Learn your cat's boundaries before you take advantage of those flops to do stomach pats.

If your cat isn't feeling it, they might stop the behavior altogether.

This reason is similar to the previous one. However, it's a little more focused. Your cat doesn't just want pets; they want your undivided attention!

Usually, felines will do this because of unintentional reinforcement in the past. For example, they might have flopped down in front of you for pets, but you pulled out the toys instead.

Now, your cat might associate the behavior with fun play sessions. It all depends on past experiences.

Whatever the case may be, whip out the jingling balls and fishing line toys. If your cat is in the mood to flop, there's a good chance that they'll appreciate the interactive play session.

Most people don't realize this, but cats mark their territory just like dogs. However, they do things a little differently. Felines don't rely on urine and feces alone to do the trick.

Cats have scent glands in various spots on the body. They're on the feet, cheeks, tail, and face.

When your cat flops down and starts rolling around, it might be trying to spread its scent around. It's a way to claim their territory and ensure that no other animals try to use it.

Believe it or not, it's not physical spots they tag. Don't be surprised if your cat randomly flops on your lap! In the eyes of your cat, you're a piece of property worth claiming.

There's no denying that cats respond strongly to surfaces with a distinct texture. Think about all of the scratch posts, beds, and cardboard toys your kitty utilizes.

Each one likely has an identifying texture they can't get enough of.

Your floor could have a similar effect. Carpets offer up a pretty distinct sensation. The same goes for cold tile or itchy rugs.

If your cat is flopping simply because they like the feeling, you might see them doing the same action repeatedly.

Back-to-back flops are a telltale sign that the texture is what's striking their fancy.

Catnip is a must-have if you have a feline in the home. The herb is cheap and easy to source. For us humans, it's the equivalent of spices in your pantry. It gives off a distinct smell, and that's it.

But for your cat, catnip might as well be an intoxicating drug.

The nepetalactone compounds within the plant trigger a feeling of euphoria in felines. It's uncontrollable and unavoidable. If catnip is nearby, these creatures will react.

If you notice your cat flopping in one specific spot, some stray catnip could be in the vicinity. Smaller pieces of catnip can easily get trapped within carpet fibers.

The smell is still there, delivering that euphoric pleasure cats love.

Last but not least, we have the matter of natural mating. When cats go into heat, they tend to roll around with their rear end in the air.

It's a silly-looking behavior that's often accompanied by some loud meowing and distinct vocalization.

Those actions aren't for you at all. It's your cat's way of attracting a potential mate!

There's not much that you can do here aside from spaying.

Cat overpopulation is a serious issue these days, so it's worth considering. Spaying will eliminate future heat sessions, putting an end to this type of behavior.

As you can see, there are many reasons why your cat might flop down in front of you. These creatures are complex, and there's no way to get into their heads to see what they're thinking.

That said, most cats do that weird flopping behavior because they're comfortable. It's a good sign that lets you know that your feline friend feels at home in your presence.

Also Read: How to Stop your Cat from Chewing Electrical Cords 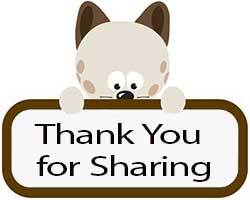 Why Does My Cat Lay on My Chest (6 Possible Reasons)

12 Ways to Stop your Cat from Chewing Electrical Cords

10 Possible Reasons Why Cats Stick Their Tongues Out

Why Do Cats Like to Lay on Paper? 9 Possible Reasons